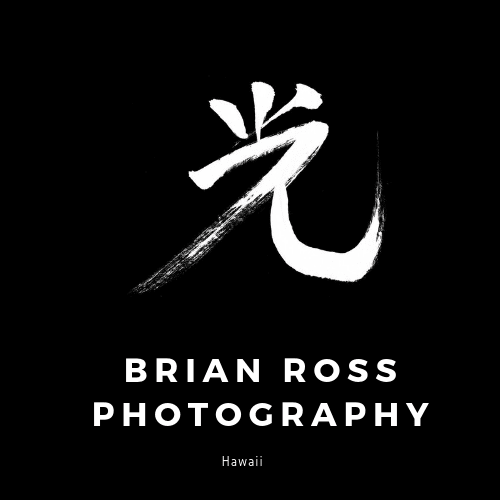 Discover more about me.

Brian Ross, Photographer Brian Ross has been creating photographic images for over 30 years. His photographs have been exhibited at the Los Angeles County Museum of Art, Santa Barbara Contemporary Arts forum, the Broadway Gallery in Soho, NYC, the African American Historical & Cultural Society in San Francisco, and the Hui No’eau in Hawaii. He has a degree in Communications & Anthropology from the University of Pennsylvania, where he studied with Amos Vogel, co founder of the New York Film Festival, and has studied filmmaking at NYU & UCLA. He has been an international documentary filmmaker, working on Jazz films in NYC, social housing documentaries across the US, Israel, & South Africa.

He is a naturalist and has studied nautical archaeology in Jamaica and biology & anthropology in Kenya. He has lived and worked in France and South Africa. He is the founder of Photo Safari Hawaii and the Hawaii Photography Workshops, where he has received 5 star reviews for his unique style of on location photography workshops from About.com, American Express Travel, and Travel Age West Magazine, Air Canada’s En Route, Travel & Leisure’s top 50 Dream Vacations.

Brian has intimate knowledge of Hawaiian places and their cultural richness, and was selected to represented Hawaii on an ABC television’’s “Windy City Live”in Chicago. Brian has photographed Nobel laureates: HH the Dalai Lama XIV, Nelson Mandela, & Archbishop Desmond Tutu. He has created successful fundraising art events to benefit the Nelson Mandela’s Children Fund and the Tibetan Children’s Village. His work is currently on exhibit at the Tibetan Cultural Center in Sebastopol, CA. He is the author of “Lunch with Krishna,” a work of fiction examining spirituality and culture in our contemporary global village.

The presence of this badge signifies that this business has officially registered with the Art Storefronts Organization and has an established track record of selling art.

It also means that buyers can trust that they are buying from a legitimate business. Art sellers that conduct fraudulent activity or that receive numerous complaints from buyers will have this badge revoked. If you would like to file a complaint about this seller, please do so here.

This website provides a secure checkout with SSL encryption.

Your cart is currently empty.

This is only visible to you because you are logged in and are authorized to manage this website. This message is not visible to other website visitors.

Below, select which favorite lists you would like to save this product into.

This means you can use the camera on your phone or tablet and superimpose any piece of art onto a wall inside of your home or business.

To use this feature, Just look for the "Live Preview AR" button when viewing any piece of art on this website!

Enter your email below and we'll email you a 20% OFF Coupon right now!

This offer is valid for NEW CUSTOMERS only!